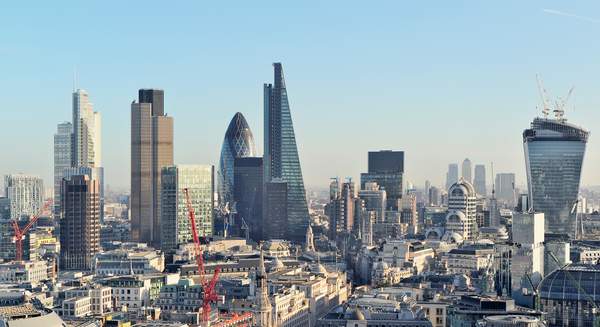 Influence and ownership in the UK property market by overseas investors continues to be a hotly-debated issue. Overseas property investment, particularly in London, is surrounded by an air of tension and hostility. As meagre affordable housing stock continues to price out the majority of the public, wealthy investors are continuously portrayed as casually ‘snapping up’ huge swathes of our biggest cities. We take a look at the state of play in 2015 and the future of our skylines.

Much of the media spotlight has been focused on overseas buyers in the property industry, from buy-to-let investors to ‘super prime’ buyers in London’s luxury neighbourhoods. In 2011, it was revealed that more than half of the City of London was owned by foreign investors, while the Qatar Royal family continue their property spree across the capital - £200m-plus Regent’s Park palace the most recent addition.

The media narrative has been so highly contentious that the issue has crossed into the political spectrum with post-election pledges of banning developers to market new properties to overseas bidders before local buyers and renters.

But what about the other side of the coin? Behind the scenes, many overseas developers who are involved in some of the largest regeneration and development schemes in the UK, are hardly mentioned in the press. London Mayor Boris Johnson has argued that without international investment, many regeneration projects would not exist, thus eliminated any affordable housing stock that could have been built on those sites. However, the low percentage of affordable housing as part of each regeneration project has been keenly highlighted by the press. Overseas investors’ penchant for luxury, high-price property rather than modest dwelling for the majority has not gone unnoticed.

Many of London’s most iconic buildings and sites have been or will be transformed with the help of international funding. Large sections of the London skyline has been shaped with the aid of foreign investment, which in turn has driven the economy forward since 2008. The high scale of overseas property investment has been a key factor in elevating London to the top of the Jones Lang Lasalle City Momentum Index which measures the pace of change within commercial property markets around the world.

From the creation of The Square Mile in the City of London to the Malaysian-backed £8bn redevelopment of Battersea’s iconic Power Station, behind the scenes overseas developers have had a significant influence on some of London’s statement developments. Other noted joint-venture developments in recent years include the creation of the capital's tallest building, The Shard, which is now owned by Qatari investors, and the redevelopment of London’s Royal Albert Dock into a new business hub in the capital, The Asian Business Port, which is being overseen by the Chinese commercial developer, Advanced Business Park.

As market confidence gradually grew after 2008, Savills revealed that £5.8bn of predominately Asian driven investment in 2013 represented an increase of 99% on 2012 figures. Following a Conservative majority election result this May, international investors, who entered the election year nervously with the prospect of a mansion tax, have now flooded back into the market - it has been reported that nearly £1bn worth of deal activity took place in a post-election frenzy on cut-price luxury homes.

While London still remains the UK stronghold for property, investment into regional markets has been on a steady increase, both by local and overseas investors.

The presence of foreign investment has also been felt outside the capital. A group of wealthy Far Eastern investors from China and Taiwan have set their sights on huge regeneration schemes in Birmingham. The group, which includes one of Taiwan’s richest men, expects to spend between £10 million and £50 million this year, and hopes to treble the figure in 2016.

President of the GlobalChina Wealth Management Company and head of the consortium, Denise Li, said of the property, energy and infrastructure scheme in the city: “We consider Birmingham to be the best city for this. “We want to offer job opportunities and help improve the lifestyle of British people and provide a demonstration of how to invest in a city for the 21st century.

“There is money ready and waiting for us to do this.”

As the UK digests the impacts of another Conservative-led Britain, property markets have been plunged into a hotbed of activity that will continue for years to come. North American institutions are tipped to join the continuing flow of development investors from Asia and the Middle East. The strength of the British currency and its booming industries, the tech sector in particular, will continue Britain’s reputation as a viable investment destination. If the momentum continues at its current pace, international investment will play a hand in developing brownfield sites and cities as devolution promises take hold away from London.

In the run up to the launch of the integral UK International Festival for Business 2016, organisers are already promising investment figures that will eclipse those in 2014. During the official launch former Secretary of State for Business Vince Cable, said: “Our economy is outperforming many of our rivals and now more than ever investors are looking for opportunities in Britain, from large infrastructure projects to small, innovative start-ups.”

Stay ahead of the competition with LD Events. Keep up to date on our latest upcoming events, market knowledge and industry insights by following us on Twitter and LinkedIn.